Samsung’s new Galaxy S21 family is here and it mimics the 2020 line perfectly. We have the fully decked-out Galaxy S21 Ultra and its smaller siblings, the Galaxy S21 and S21+. As always, there’s plenty of buzz around these phones as they’ll be some of the best Android phones of 2021 despite being among the first to come out.
Naturally, people are wondering what’s new about them and is it worth buying them. Well, to help with that, we’ve created a series of 1-vs-1 comparisons that pair each phone with one of its closest competitors. The links for some of them are below, but in this article we’re focusing on the middle child of the Galaxy S21 family, the Galaxy S21+ and how it compares to its predecessor, the Galaxy S20+.

As always, we’re starting with the looks. Size-wise, the two phones are practically identical, with a millimeter or two difference that you’ll hardly notice. The Galaxy S21+ weighs 14g less than its predecessor, however, which we consider a plus.

Although the phones appear to be almost identical at first glance, there are some key differences between them. Let’s take a closer look: 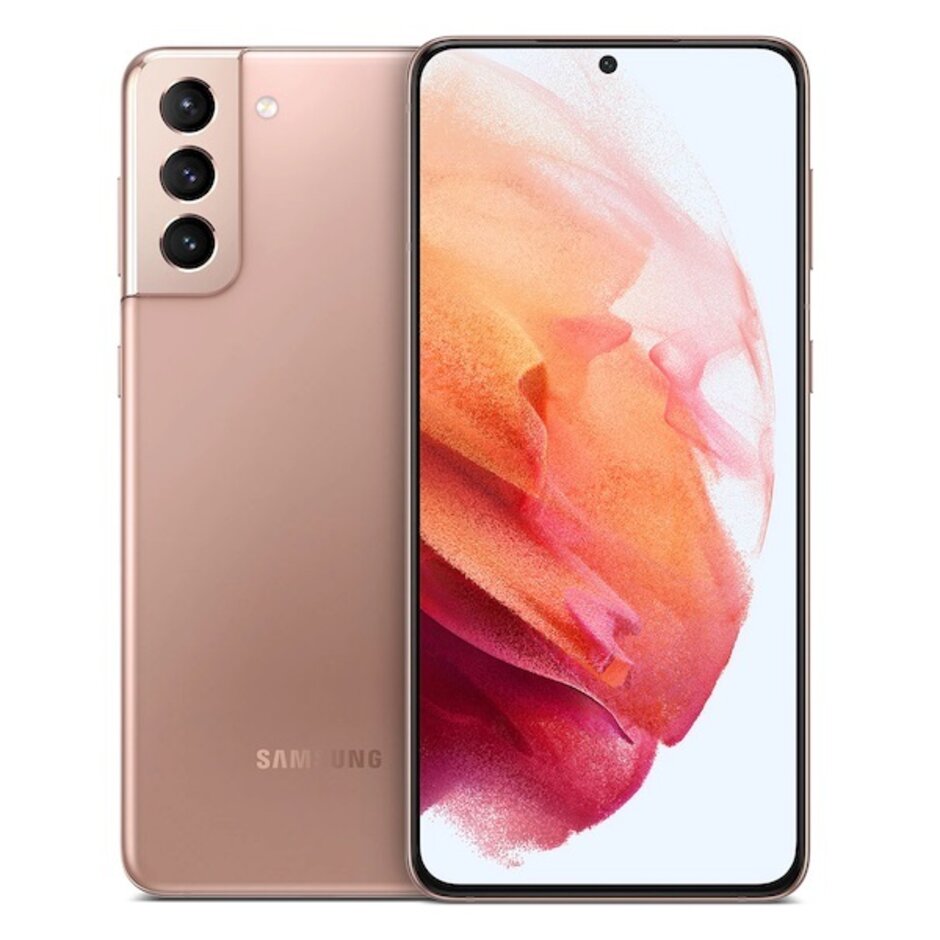 The biggest change is undoubtedly the redesigned camera bump. Samsung calls the new style Contour Cut, with the camera module flowing seamlessly over the side of the phone. Now, design can be subjective, but in our books, the Galaxy S21+ is a massive improvement over the Galaxy S20+. The old design is not only boring but it was also pretty much identical to what you got with cheaper Samsung phones and the S20+ was $1,200 at launch. The Galaxy S21+ looks refined and luxurious, especially in combination with Samsung’s new colors, which go a long way in highlighting this new design element. We hope Samsung keeps the Countour Cut design only on the Galaxy S series for that extra bit of exclusivity.
Onto the second big difference, the display. As you can see from the images above, the Galaxy S21+ appears to have slightly thicker side bezels. That’s because it has a flat display, unlike that on the Galaxy S20+, which still had some curvature around the side edges. That’s another win for the S21+ as far as we’re concerned.

But there’s more to be said about the displays, here’s a quick rundown of their specs:

Let’s start with the obvious one: no Quad-HD resolution on the S21+. While that’s certainly a bummer for some, we should remind you that on the Galaxy S20+, the 120Hz refresh rate was only available in combination with the 1080p resolution, which many users preferred. Now, Samsung is making things easier by going for a 1080p panel.

That new panel on the Galaxy S21+ also has adaptive refresh rate, which means it will automatically lower the frequency when you don’t need it, saving power in the process. The new display also has higher brightness for better HDR experience and improved experience in bright sunlight.

And lastly, the display of the Galaxy S21+ is protected by Corning’s strongest glass yet. Overall, in the design and display department, we’re seeing only positive changes. 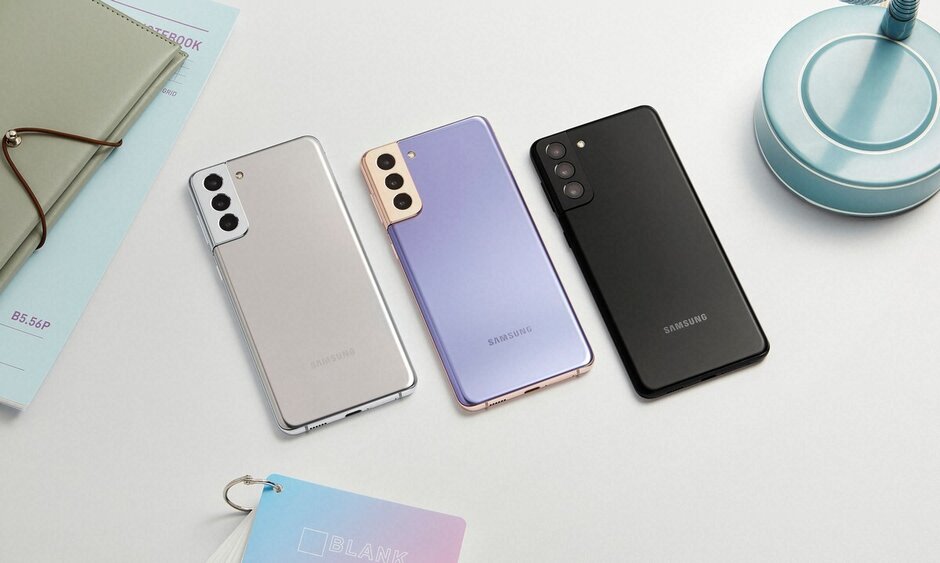 Time to dive deeper into the two Galaxies, where their components are hiding. Here are the main specs of the Galaxy S21+ and S20+:

As always, the main upgrade is the chipset. The Galaxy S21+ will come with the Snapdragon 888 in the US and Exynos 2100 in other regions. Both chips use the 5nm process and should offer comparable performance. According to Samsung, this means about 20% better CPU performance and a 35% improvement in GPU performance. The new chips are also more power-efficient, which in daily use might be the biggest differentiator.

The memory sees a reduction, however, is something we’re not used to seeing. Still, 8GB is plenty already, so it’s not a huge drawback, especially considering the lower price of the Galaxy S21+.

A pleasant surprise is the increased battery capacity. Despite having essentially the same body, Samsung has managed to put a bigger battery inside the S21+, likely thanks to the size reduction of the other components. Combined with the other changes we’ve mentioned already, the new Galaxy should have a significantly better battery life compared to the Galaxy S20+, but we’ll have to test it ourselves before the verdict is out.

It’s also worth noting that the Galaxy S21+ has a second generation ultrasonic fingerprint reader. It’s bigger and significantly faster than the one on the Galaxy S20+, hopefully bringing user frustration to a minimum.

Unfortunately, we can’t talk much about upgrades when it comes to the camera hardware. Here are the cameras you’ll find on the two phones:

The the phones share essentially the same camera systems. There are slight differences, such as the ultra wide camera on the Galaxy S21+ getting Phase Detection Autofocus (PDAF) and smaller aperture (F1.8 vs F2.2 on the S20+). The telephoto still uses a large sensor and software rather than lenses for optical zoom.

However, that doesn’t mean the two phones will perform the same way. The Galaxy S21+ has some new camera features that were enabled by its more powerful chip. Single Take allows you to take a picture with all cameras at once and Director’s View shows you a feed from all cameras while recording a video, so that you can seamlessly switch between them to make a professional-looking video. Those are just some examples, we’ll go more in-depth once we have the opportunity to test the new features ourselves. 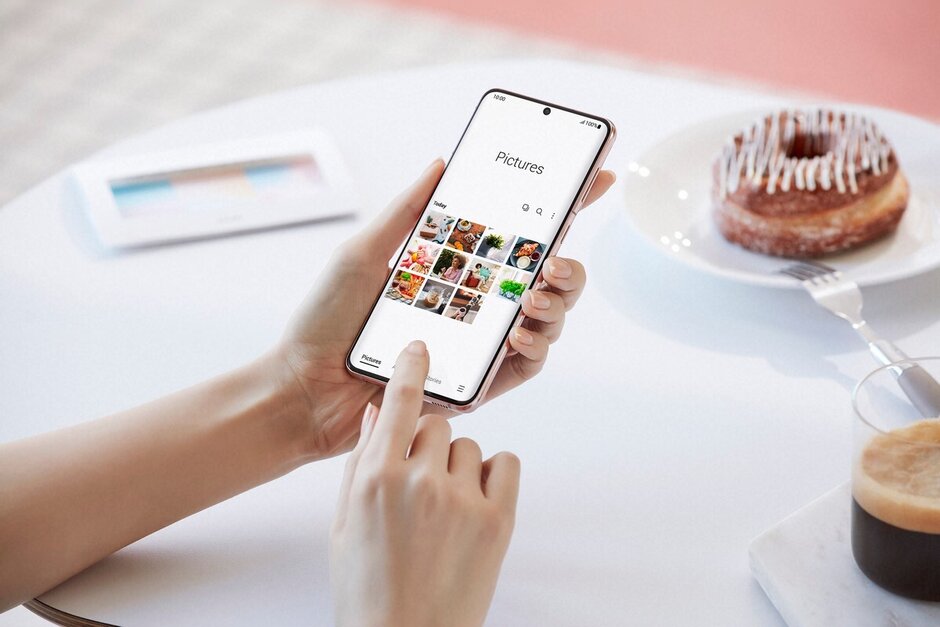 The software comparison is perhaps the easiest to make. The Galaxy S21+ and Galaxy S20+ will be running the same software most of the time. Of course, we’re talking about Samsung’s One UI. The biggest difference will be that the S21+ will receive updates ahead of the S20+. Also, the Galaxy S21+ being a year newer means it will receive one major Android update that the S20+ will miss out on. If that will be Android 13 or Android 14 depends entirely on Samsung’s future plans regarding software updates, so it’s too early to say.

Samsung is definitely moving its software experience in the right direction, refining the design and adding new features.  However, One UI tends to be on the heavy side, so after a while you might notice some lag here and there. This will be more noticeable on the Galaxy S20+, especially in a year or so, despite it having a top-notch chipset as well.

We mentioned the Galaxy S21+ being cheaper than its predecessor a few times already, but how much cheaper exactly? Well, here are the prices of the two phones on launch day:

Undoubtedly, the newer phone being cheaper is great news. Especially when we’re talking about a $200 reduction. But we should also keep in mind that the Galaxy S20+ was considered overpriced and that’s because it was. At $999, the Galaxy S21+ is priced on par with the iPhone 12 Pro, as before it was $100 more than even the Pro Max. And while $1,000 isn’t cheap, at least it’s a more reasonable price.

As for the features that Samsung had to cut to hit that price, we think they’re pretty insignificant in terms of user experience. For the vast majority of users, 1080p looks just as nice as 1440p on a smartphone display and the 4GB of extra RAM matter even less.

If you already own the Galaxy S20+, you can pretty much ignore the existence of the S21+. It’s more like a Galaxy S20S+, if we can steal Apple’s nomenclature for a moment. You’re not really missing out on anything important. But that’s just how it is with smartphones these days. You have to wait at least two-three years to get that feeling of next-generation tech when you upgrade. Yes, we’re yet to test the Galaxy S21+, but unless it somehow blows us away with its camera features, we doubt our conclusion will change. Still, we’ll leave the door slightly ajar until we get to experience it ourselves. 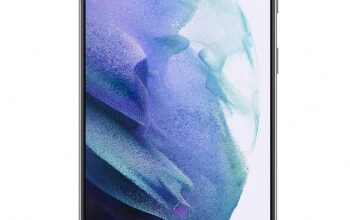 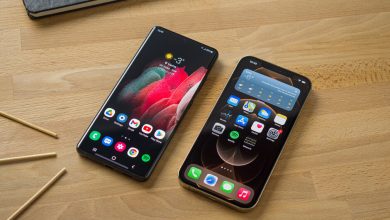 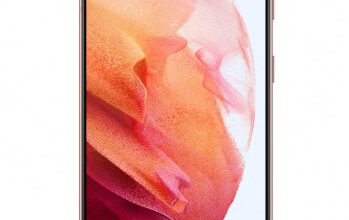 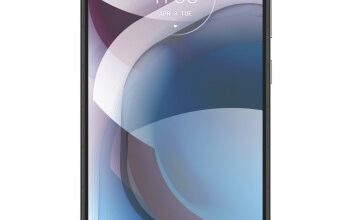