There has been a debate that which sport is the biggest sport in the world. But Football always comes first. Football is played, watched, enjoyed globally in the world. Many children, youths have dreamed of playing football and wish to play it the full packed stadiums with the crowd cheering with their names.

There are stadiums all over the world.Some have huge capacity some have less capacity, But the passion for this game is same for all.

Most of the top teams are located in Europe but not all the biggest football stadiums lie in Europe.Let’s look at the Top 10 largest football(soccer) stadiums in the world.

10  Largest Football Stadiums in the World 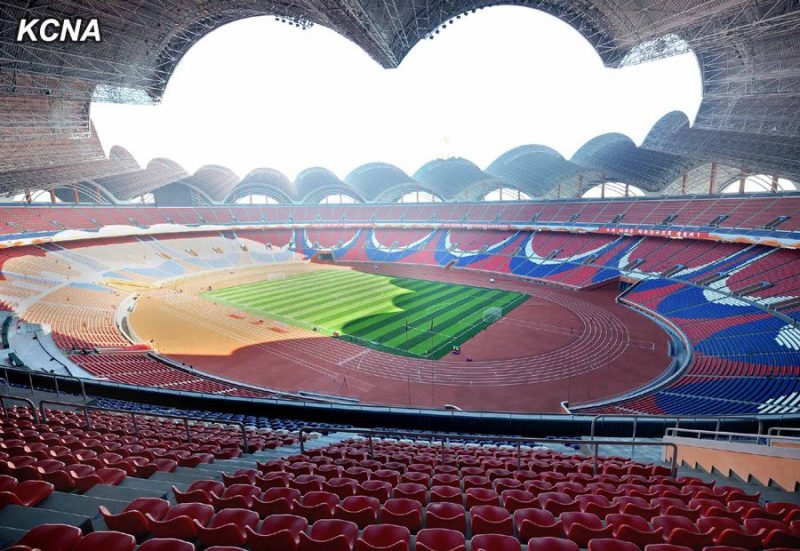 Rungrado May Stadium is the largest stadium in the world.The gigantic stadium holds 1,50,000 spectators which are used for governmental functions and also the home of Korea DPR national football team.It was completed in 1989 and lies on North Korea. 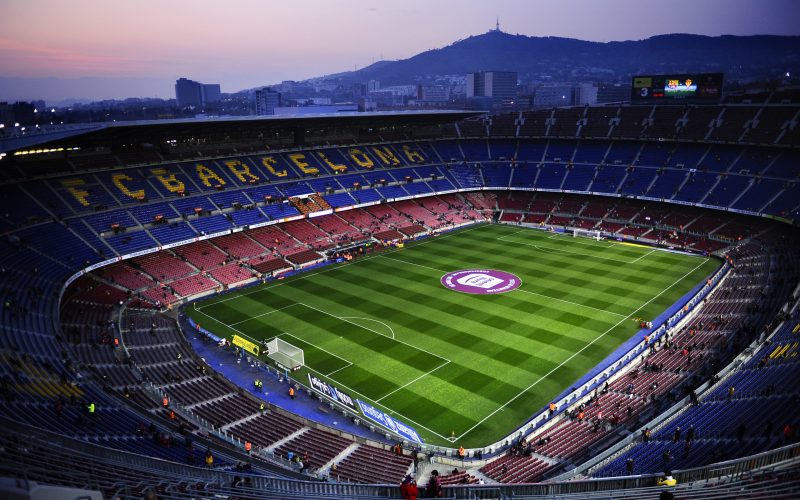 Camp Nou the famous stadium which is home to mighty FC Barcelona, holds the seating capacity of 99,354 spectators to watch some of the greatest ever play and is the largest football stadium in Europe.It has hosted many popular sports such as the 1992 Olympics, and finals of the UEFA Champion Leagues. 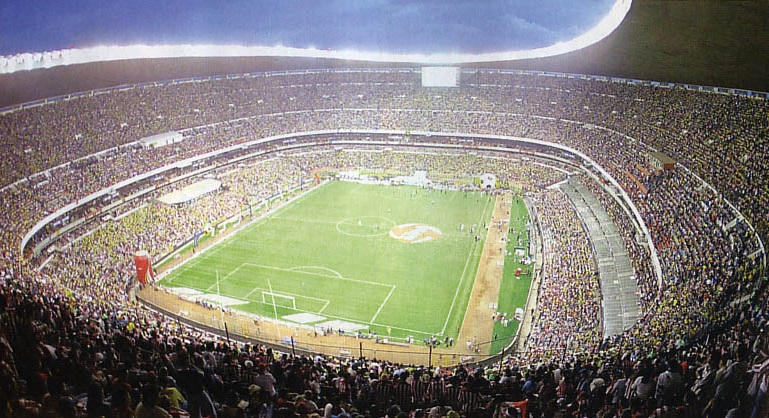 Estadio Azteca stadium in Mexico City is the third largest football stadium in the world with a seating capacity of 95,500.The first stadium to host two football World Cup Finals, Estadio Azteca was the venue of Diego Maradona’s “Hand of God” goal in the competition’s 1986 Quarter Finals. The stadium’s name is a tribute to Mexico’s Aztec heritage. 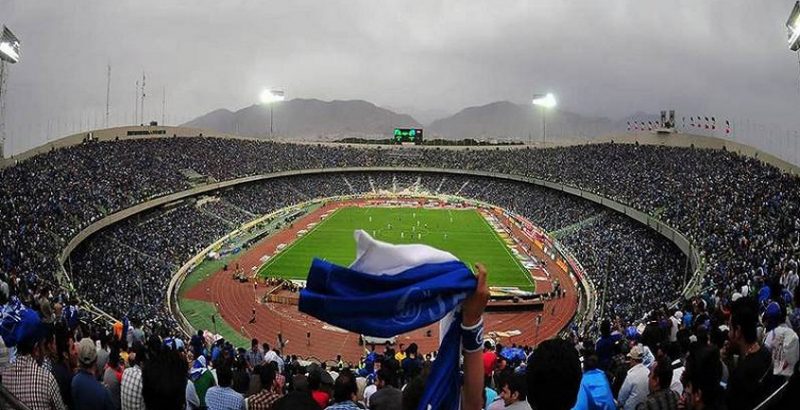 Azadi stadium was initially known as Aryamehr Stadium, and it is the fourth largest football stadium in the world found in Tehran, Iran with the capacity of 95,225 seats. The Azadi Stadium which was opened in 1973 and has been home to the Iranian national team, Esteghlal FC, and Persepolis FC.It was constructed for hosting the 1974 Asian Games. 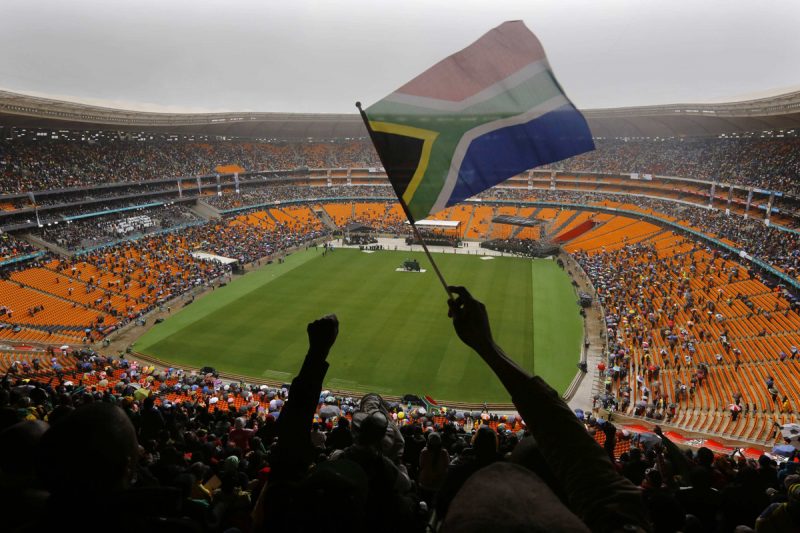 The FNB Stadium, which is also known by the more recognizable name “Soccer City” hosted the 2010 World Cup final. It is the largest football stadium in Africa, and the fifth largest stadium in the world found in Johannesburg, South Africa with a seating capacity for 94,736 fans. 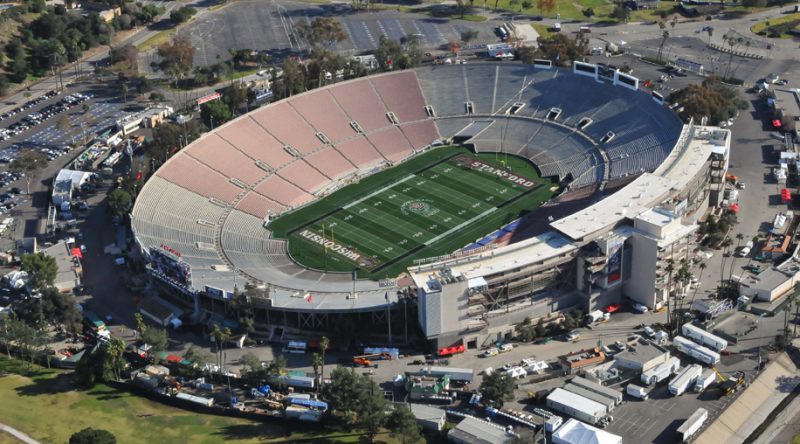 The Rose Bowl is America’s biggest soccer stadium with a capacity of 92,542. It hosted the 1994 World Cup final between Brazil and Italy. The former home of LA Galaxy still hosts occasional USA international matches and qualifiers. 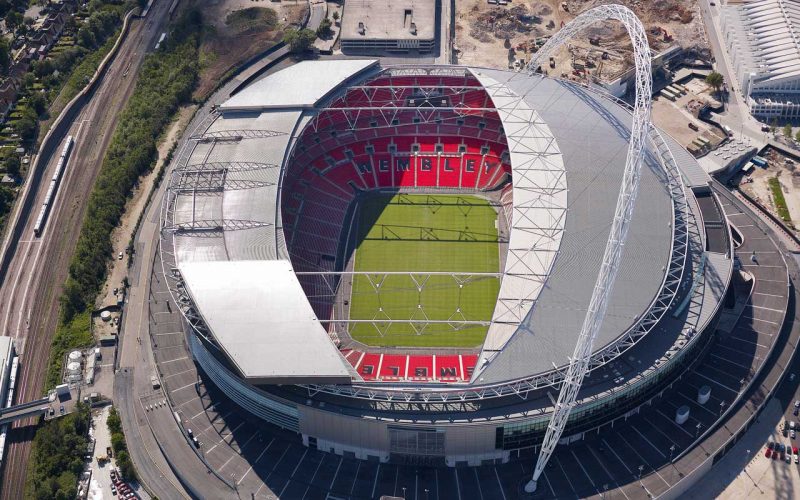 The famous Wembley Stadium is the largest stadium in the UK.It is also called The home of English football.Every FA Cup final since 2007 then has been played here, and it also hosted two Champions League finals in 2011 and 2013.Its arch can be seen for miles around West London, and when it’s not hosting football games it’s a world-famous concert venue.It has the capacity of 90,000 seats.

The Indonesian national team can play their home games in front of a crowd of up to 88,083 people. The “GBK” stadium was built in 1962 and is one of the older stadiums on the list. Arsenal, Liverpool, and Chelsea all played against the Indonesia national team in pre-season friendlies at this stadium. 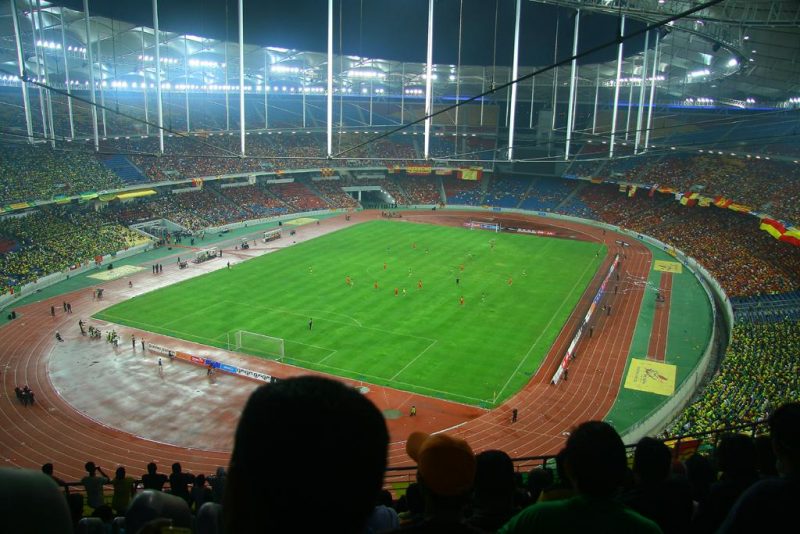 The Borg El Arab Stadium is the home to Egyptian National Team.With a capacity of 86,000, it still boats a 200 capacity hotel for visiting teams, as well as a giant running track around the pitch perimeter for athletic events in the summer.It is the largest stadium in Egypt and the second largest in Africa.