We all know that the Movie Stars are some of the highest paid actors or people in the World. The film industry and the Movie stars have the massive fan club and fan following. They have worldwide popularity too. Off course the Hollywood‘s Stars are at the top but they are being chased by some Bollywood’s Stars too in the race.

Here is the list of Actors who got highest pay checks in 2016:

Yeah, we can smell What The Rock is cooking? An ex-professional wrestler, widely known by his ring name “The Rock”, is in the No. 1 position in the list of highest paid actors with earning of $64.5 million in 2016. He just jumped top 10 positions as he was at No. 11 in 2015 with earning of $31.5 million. The wrestler turned actor made his first debut as the Scorpion King in the film The Mummy Return .He has worked in many huge box office hits movies such as The Rundown, Fast Five, Retaliation, Hercules, San Andreas, Furious 7, etc. These movies have the unbelievable records in the box office.

Jackie Chan, a great name in the film industry globally. He is not only known for his acting in movies but also for his action and amazing KungFu style. He is also awarded Honorary Academy Award ( Oscar) for the extraordinary achievement in film. His earning in 2016 was $61million, makes him the second highest paid actor of 2016. His Monkey King: Hero is back, Dragon blade, Kungfu Panda 3 are the latest movies.

Tom Cruise, three Golden Globe award winner, is the fourth highest paid actor in 2016 with his earning of $53 million. Mission Impossible franchise, Top Gun is the super hit movies of Cruise. He is also filming for another Mission Impossible film which is anticipated to be finished in 2018. So he has still lots of millions to earn in upcoming years.

Our Captain Jack Sparrow, Johnny Depp, is at No. 5 in the list of highest paid actors for the two big sequels; the Second Go Round of Alice and Pirates of Caribbean: Dead Men Tells No Tales, which earned a lot of bucks to make a position in highest paid actor. His earning in 2016 was $48 million. He is most famous for the ” Larger than Life ” roles in the film industry. He has also won 2007 Golden Globe for the Best Actor in a Motion Picture Musical or Comedy for his role in Sweeney Todd: the Demon Barber of Fleet Street.

Ben Affleck, the new Batman, got huge success in theaters and made him earn $43 million, making 2016 the most profitable year for him. He has also won the Oscar two time, one for best original screenplay and another for the best director. Affleck made his debut as the famously loved DC character Batman in the movie Batman Vs Superman: Dawn of Justice, the film wasn’t sat well with critics but became a superhit in theaters, grossing $860 million worldwide. He made a cameo in Suicide Squad as Bats and will be seen in Justice League in 2017 and 2019. He will also direct a solo Batman movie in near future.

Shah Rukh Khan, also known as king khan or king of Bollywood, is one of the highest paid actors in World and is No. 1 in India. He is the successful superstar of Bollywood. Shah Rukh Khan has a tie with Robert Downey Jr. as both have earned $33 million in 2016. Kabhi Khushi Kabhi Gum, Dilwale Dulhaniya Le Jayenge, Mohabbatein, Raees, Dilwale are the major hits with many other box office hits of Khan.

Another Superhero from Marvels, Iron Man, was at No. 1 by earning $75 million in 2015 but dropped from his position by earning just $35 million in 2016 from just one movie, Captain America: Civil War. It’s a tie with a Bollywood star Shah Rukh Khan as both earned equal in 2016.  Surely he will regain his position after the release of upcoming movies Spiderman: Homecoming and Sherlock Holmes 3. His character in Sherlock Holmes and Iron Man are the most loved characters. 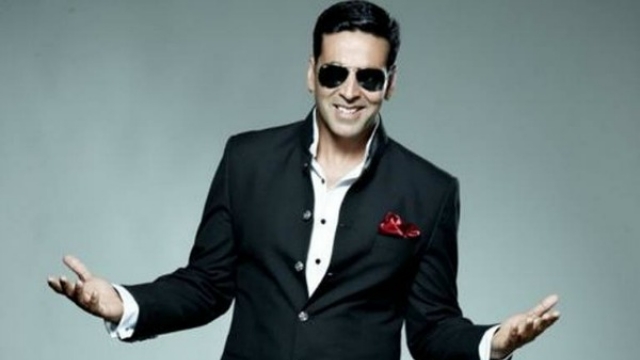 Akshay Kumar, the Khiladi Kumar, is another Bollywood star in the list of highest paid actors in the world. In 2016 his earning was $31.5 million.The talented actor never rest to work, he works all round the year, that’s why he is one of the best actors in all Indian Cinema history. He has worked in more than hundred Bollywood movies.In February 2013, many media outlets reported that the net box-office collection of Kumar’s films had crossed 20 billion (US$310 million) and he was the first and the only Bollywood actor to do so.  From January 2016 to February 2017, he starred in four superhits in a row with films Airlift (2016), Housefull 3 (2016), Rustom (2016) and Jolly LLB 2 (2017). He will be seen as a villain in the most anticipated trilingual movie 2.0, a sequel to the movie Robot.

It’s another tie with the Bollywood actor by a Hollywood actor, Bradd Pitt has earned $31.5 million in 2016 which is equal to Akshay Kumar’s earning. Bradd Pitt has starred in many super hits like Ocean Twelve, Mr. & Mrs. Smith, Troy, etc. Bradd Pitt made a lot of bucks in 2016 by starring and producing the movies War Machine and Big Shot. His earning placed him in highest paid actors list. He improved his earning by having $1.5 million more than of 2015. He recently split from his wife Angelina Jolie.